The best Desctop virtual machines for personal and Small Business

The virtualization concept can be simply considered as one computer within another. It will allow us to use multiple operating systems on a single computer or machine. This, in turn, makes the work much easier as we cannot change the operating system as per our requirement every time. For IT Professionals or Developers it will be an easier option to use virtualization software.

Virtual machines offer the ultimate hack: an alternative OS experience without a significant investment. You might think that once you select an operating system, you can’t change your mind unless you want to buy a new computer. 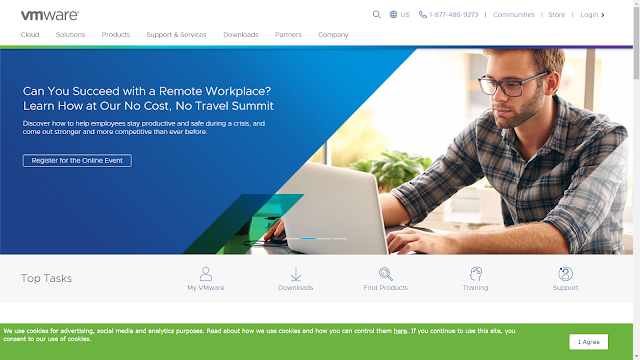 The Workstation Pro package is ideal for professional users who desire a powerhouse virtual machine capable of simultaneously running applications on multiple guest operating systems. VMware’s Fusion, meanwhile, is a simpler application designed for home users who want to run Windows on their Mac machine and it supports iMac displays.

On the other hand, the VMware Workstation Player, known until recently as VMware Player, is an interesting entry-level option: If you are using it for personal use (not commercial, not nonprofit), you can download a free version. It’s a great solution for a single home computer, and it’s often used by people who want to get more familiar with a different operating system, or those who want to add some extra security to their computer activities — available for both Windows and Linux. The professional version, which is enabled by entering a license key, starts at $150.

Speaking of pricing, VMware has an interesting pricing model with a number of different options for all its virtual products. There’s a sliding scale for support level and support terms that businesses can choose from, as well as a discounted option if you’re upgrading from an older version of the software to the latest model. None of the options are particularly simple to use, but the installation is quick, integration between operating systems is seamless, and the guest software runs at near-native speeds. Best of all, they remain the most stable and reliable options out there. Note that the downloads do require a 64-bit operating system.


When it comes to delivering the Windows experience to Mac users, Parallels Desktop 15 is, well, unparalleled. The latest incarnation of the software is compatible with the most recent version of MacOS, allowing you to emulate Windows XP, 7, 8, and 10 as a guest operating system (although since support has ended for Windows XP and 7, you’ll want to be careful what you do with those). You can also conveniently run Mac and Windows applications side by side without rebooting, while also providing tools for quickly moving files between operating systems, launching programs directly from your Mac dock, and accessing cloud storage.

The newest version adds a number of other tricks, such as the ability to send email attachments directly from the Finder, sharing screenshots between operation systems, compatibility with Sidecar and the Apple Pencil, and many other welcome new capabilities.

The software features a simple setup wizard for beginners and supports Retina displays and advanced 3D graphics with DirectX 9 through 11. Parallels can also emulate the Linux and Solaris operating systems, but the tightest integration is when it’s coupled with the latest version of Windows. In addition to the basic version of the software, there’s also a professional version with better integration, support and networking options, and a business version for enterprise-level management.


VirtualBox is powerful, brimming with terrific features and, best of all, it’s free. It’s a lean piece of software requiring little more than a recent Intel or AMD processor that boasts seamless integration and switching capabilities within the host desktop. It’s also available on all major platforms and features plain-text XML files for easy navigation. It remains coupled with special software packages designed to aid users with sharing folders and drives among guest and host operating systems.

The software functions nearly identically regardless of the host platform, and even offers 3D virtualization, multi-screen resolutions, and laudable hardware support, among other features. The latest updates include new compatibility with virtual machines for Oracle Cloud (VirtualBox is managed by Oracle, so this kind of compatibility is important for the software), support for nested hardware virtualized on Intel CPUs, and additional 3D support. It’s not the quickest or most industrious when compared to similar offerings, but then again, you often get what you pay for. Fortunately, support and updates are both very good — although you may need some tech knowledge to get everything working just the way you like.


Boxes from Gnome is a creation and management tool for virtualization that’s designed for Linux and can help you customize all kinds of virtualization tools, from specific workstation setups to enabling operating systems. The simple, elegant interface makes it easy to see what virtualization systems you have at any point, and how they are performing. If you’re looking for a user-friendly virtualization solution for Linux, give Gnome Boxes a shot: It plays especially well with QEMU and Virt Manager, which are ideal tools for more back-end work.


Apple’s Boot Camp isn’t a virtual machine in any sense of the word, but it’s worth a mention given people researching virtual machines are often curious about it. The software, which is included on all Macs, allows users to dual boot both MacOS and Windows. Instead of emulating an operating system, Boot Camp helps you set up a partition on the hard drive so you can install the Windows operating system of your choice. Since it’s running directly off the hard drive, running Windows via Boot Camp leads to a far better experience than any virtual machine offers.

However, your disk space will be split in half, and you’ll be unable to run the best Mac applications and Windows apps side by side considering the software requires disk partitioning. You’ll also need to restart your computer every time you want to switch operating systems.

It’s worth noting that, while Boot Camp itself is not a virtual machine, you can run your Boot Camp partition as a virtual machine with Parallels 14 (outlined above). This gives you quick access to Windows when you want it within MacOS, and full performance when you’ve got enough time to restart your computer and boot up Windows directly.