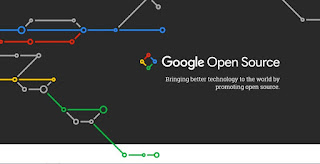 This Google Open Source website has been debuted with the primary aim of bringing together the uncluttered mess of open-source technologies. The tech giant, in the press release, states that it has released thousands of projects through 100+ Github organizations and Google’s self-hosted repository. And sometimes it becomes difficult to recognize the scope and scale of the open-source projects.
Thus, the projects are now being brought together with the release of this directory, which will be the primary hub for all open-source releases. They will still continue to live on their respective channels, but will now be easily discoverable by developers. But, that’s not all. Google is also willing to provide you an insider look by detailing how the open-source technologies are used within their products. It also plans on updating each project with lifecycle and maturity details.

Will Norris, Engineering Manager at Google’s Open Source Programs Office describes the objective behind this release as under:

This new site showcases the breadth and depth of our love for open source. It will contain the expected things: our programs, organizations we support, and a comprehensive list of open source projects we’ve released. But it also contains something unexpected: a look under the hood at how we “do” open source.

In addition, Google is also providing a significant resource for other enterprises on its new open-source website. The tech giant has decided to make the knowledge of how it goes about working on open-source internally through a series of public documents. Such documents will shed light on processes followed to release new projects, submit patches to others’ projects and how the open source office manages any new code brought from outside into the company. This is important for contributing to the community when it helps you build your products.

Free and open source software has been part of Google technical and organizational foundation since Google’s early beginnings. From servers running the Linux kernel to an internal culture of being able to patch any other team's code, open source is part of everything. In return, Google released millions of lines of open source code, run programs like Google Summer of Code and Google Code-in, and sponsor open source projects and communities through organizations like Software Freedom Conservancy, the Apache Software Foundation, and many others.

One of the tenets of our philosophy towards releasing open source code is that "more is better."  Google don't know which projects will find an audience, so they help teams release code whenever possible. As a result, Google have released thousands of projects under open source licenses ranging from larger products like TensorFlow, Go, and Kubernetes to smaller projects such as Light My Piano, Neuroglancer and Periph.io. Some are fully supported while others are experimental or just for fun. With so many projects spread across 100 GitHub organizations and Google self-hosted Git service, it can be difficult to see the scope and scale of our open source footprint.

To provide a more complete picture, Google are launching a directory of our open source projects which they will expand over time. For many of these projects Google are also adding information about how they are used inside Google. In the future, they hope to add more information about project lifecycle and maturity.

How we do open source

Open source is about more than just code; it's also about community and process. Participating in open source projects and communities as a large corporation comes with its own unique set of challenges. In 2014, Google helped form the TODO Group, which provides a forum to collaborate and share best practices among companies that are deeply committed to open source. Inspired by many discussions Google have had over the years, today they are publishing internal documentation for how they do open source at Google.

About Google and Alphabet Inc.

About Google and Alphabet Inc. is an American multinational conglomerate founded on October 2, 2015, by the two founders of Google, Larry Page and Sergey Brin, with Page serving as CEO and Brin as President. It is the parent company of Google and several other companies previously owned by them. The company is based in Mountain View, California, at Googleplex. The reorganization of Google into Alphabet was completed on October 2, 2015.

Alphabet's portfolio encompasses several industries, including technology, life sciences, investment capital, and research. Some of its subsidiaries include Google, Calico, GV, CapitalG, Verily, Waymo, X, and Google Fiber. Some of the subsidiaries of Alphabet have altered their names since leaving Google—Google Ventures becoming GV, Google Life Sciences becoming Verily and Google X becoming just X. Following the restructuring Page became CEO of Alphabet while Sundar Pichai took his position as CEO of Google. Shares of Google's stock have been converted into Alphabet stock, which trade under Google's former ticker symbols of "GOOG" and "GOOGL".

The establishment of Alphabet was prompted by a desire to make the core Google Internet services business "cleaner and more accountable" while allowing greater autonomy to group companies that operate in businesses other than Internet services.